A picture of a recreation basketball team 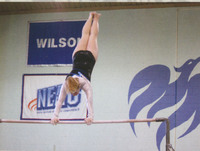 A member of the gymnastics team on horizontal bar 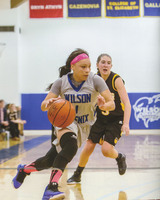 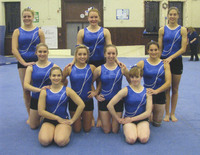 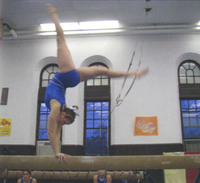 A member of the Wilson College gymnastics team 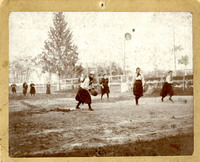 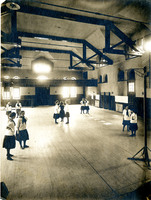 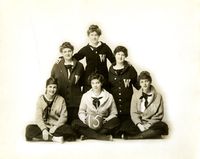 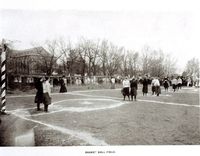 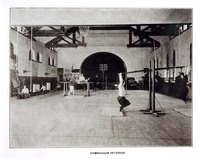 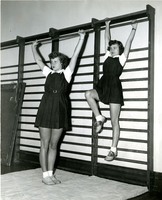 Two Wilson students using what looks like a pull up bar

A panoramic shot of the gym with students using the equipment 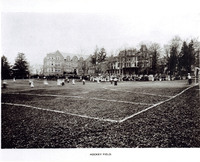 An early picture from a field hockey game at Wilson

A picture of the indoor equestrian arena 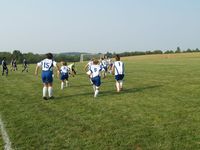 Wilson's soccer team rushing the field after a game 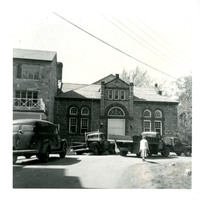 The front of the new gym

The “new” gymnasium was completed in 1900.
“Like all healthy girls, the students are interested in athletics and outdoor sports. The large grounds afford ample space for tennis and hockey, and the Conococheague invites to canoeing. The gymnasium has…

A group of Wilson students in front of the old gym

The original gymnasium was built in 1877. It was 40 x 70 feet with a hardwood exercise floor suitable for skating and bowling. It was equipped with dumbbells, rings and other “needful appliances”. 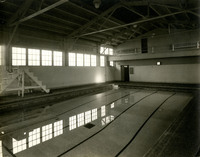 The natatorium at Wilson College no longer exists. In 1912 students began to raise funds for a swimming pool which was completed in 1917. Students were then required to pass a basic swimming test before graduating.

A Wilson College field hockey player during a game 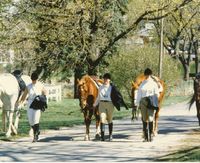