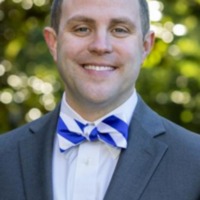 Biographies of Wilson College Presidents from 1869 to present.

Page Turner: The Evolution of the John Stewart Memorial Library 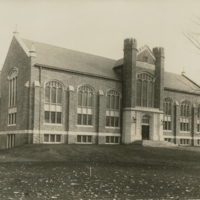 A brief history of the John Stewart Memorial Library on the Wilson College campus.

The Library opened in 1925. An addition was made to the building in the early 1960s.

In 2015, the Library opened with its historic frontage restored and a new learning commons addition to replace the previous iteration. In honor of the new building, the Library and Archives created a display on the library's history, which has been reproduced digitally here. 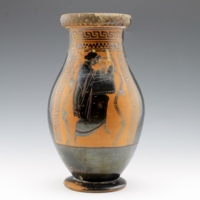 The Wilson College Antiquities Collection dates to the 1920s, when efforts were begun by Wilson's Classics professor at that time, A. Mildred Franklin, to create a collection of artifacts representative of various periods and styles. The Collection contains objects of Egyptian, Greek, Roman, Mycenaean, and Etruscan origin, dating from the third millennium B.C.E. to 500 C.E. Objects have been contributed by faculty and administration, the Wilson College Classics Club, alumnae, students, and other institutions.

This online exhibit features a small number of pieces from the collection currently on view at the Hankey Center at Wilson College.

Double click on the thumbnails to view the full photograph and description.

"Something Bigger Than Myself": Pat Vail and Freedom Summer 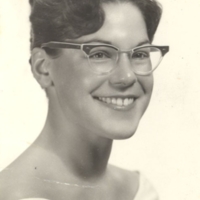 The day after three civil rights activists disappeared in Mississippi, Patricia Vail '63 wrote her parents from Oxford, Ohio, expressing her fears as she prepared to join other activists in the deeply racist state.

"We are not safe," Vail, then 22, wrote June 22, 1964, in a letter to her parents, "Like everyone else involved, I realize that I could be killed this summer. I've known this all along[...]In the end I decided that this is a cause that I'm willing to die for."

The Mississippi Summer Project, known as Freedom Summer, was organized by a coalition of civil rights organizations that brought young, idealistic college-age students to Mississippi to register black voters and set up Freedom Schools to teach young children about black history and good citizenship. Organizers hoped that Northern white students working for civil
rights would draw national attention to the extreme brutality and oppression suffered by the black community in Mississippi.

This exhibit highlights Vail's activism and experience during Freedom Summer. Double click on the thumbnails to view the full document and description.

"Friendship and Sisterhood": The History and Impact of Wilson's Black Student Union 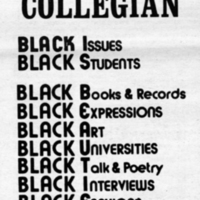 The first African-American student to graduate from Wilson College was matriculated the same year as the 1954 Brown vs. the Board of Education decision. (Two students attended before Doris Oswell Brunot graduated in 1958.) Since then, African-American students have danced, sung, played sports, and served in student organizations. In short, they have enriched the life of the College. This exhibit contains numerous primary source materials from the Hankey Center regarding Wilson College's Black Student Union (BSU). These photographs, articles, and more demonstrate the presence and importance of the organization, highlighting how the BSU has, for nearly fifty years, been and continues to be a propelling force for positivity and community on Wilson’s campus. Through the years, the goals of the BSU were changed by the political movements of the time. Though its tactics and name have changed over its near fifty year tenure at Wilson, the Black Student Union has been a constant beacon, seeking to educate, engage, and rally the Wilson College community.

In 1968, the Wilson College Afro-American Society (WAAS) was recognized as a student organization. In the spring of 1969, the WAAS called the attention of the administration and faculty to issues its members thought needed to be addressed in a timely fashion. Some of these issues were: improving polices on admission and recruitment of minority students; the need to recruit and hire more African-American faculty and staff at all levels; and the addition of courses relevant to the history and experience of African-Americans. To bring even greater attention to its ten proposals, the organization staged a boycott of classes on April 28, 1969. The 1969-1970 Bluebook noted that its members “encouraged greater discussion and thought of the problems and goals of Black culture and recommended solutions benefitting the college community.” WAAS also sponsored college-wide cultural events such as Black Weekend (1972) and Afram 1980. Its successor student organization is the current Black Student Union (BSU). The current BSU's purpose is to "encourage African-American awareness, enhance the quality of life for members of the Black Student Union, conduct activities involving community outreach, and foster greater understanding of African-American culture and related issues." 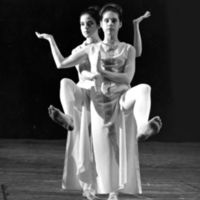 Orchesis attempts to introduce students to the broadest opportunities possible for active participation in the various forms of dance. Students work with visiting artists; attend performances in other venues; study in New York City; engage in choreographic projects; work in the community to educate and develop an audience for dance; gain experience in lighting, sound and costume design – all technical aspects of performance.

This exhibit highlights the variety of performances Orchesis shared with the Wilson College community, primarily from the 1940s to the 1980s. 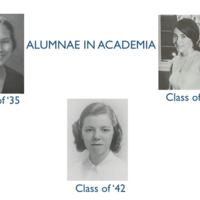 Wilson College Alumni have a long history of academic achievement and excellence spanning across decades and have left their mark in academic history. 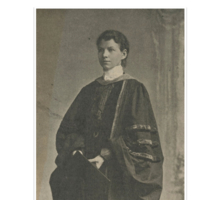 "YOU CANNOT FIND ANY LONGER, EXCEPT IN OBSCURE CORNERS, THE OLD IDEAL OF WOMANHOOD-THE GENTLE, DOCILE CREATURE, ABSORBED IN THE CARDS OF THE HOUSEHOLD." 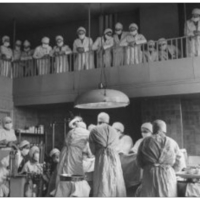 "IF THIS PICTURE MAKES THE PRACTICE OF MEDICINE SEEM TOO HARD, IF THE GAIN DOES NOT SEEM WORTH THE EFFORT, THEN A GIRL SHOULD NOT GO INTO MEDICINE. THE GIRL WHO WISHES MEDICINE AS A CAREER BECAUSE IT IS THE ONE THING ABOVE ALL OTHERS THAT SHE WANTS TO DO WILL FIND THAT THE OBSTACLES SEEM AS NOTHING AND THAT THE REWARDS ARE ENTIRELY GRATIFYING." 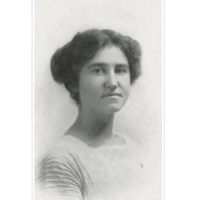 This exhibit features the myriad achievements of Wilson alumni who worked in the industries of education and library science.

Alumnae in Social Work and Religion 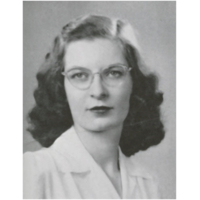 "THERE IS A DEARTH OF PROFESSIONALLY TRAINED SOCIAL WORKERS, AND SOCIAL WORK IS ESSENTIALLY A WOMAN'S FIELD, ONE IN WHICH MEN HAVE ALWAYS BEEN WILLING TO CONCEDE WOMEN'S COMPETENCE AND ACCEPT THEIR LEADERSHIP."

Marriage is a Career 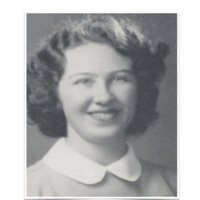 The Winter 1965 Alumnae Quarterly featured speeches from an Alumnae Council Career Convocation.  Here is the speech from Gwendolyn Crawford Elliott ‘41 called “Marriage is a Career”. Elliott earned a PhD in Economics from the University of Virginia and was Dean of Women at the University of Delaware before quitting to become a housewife after marrying Randle Elliot, who eventually become president of Hood College.

Alumnae in Military and Political Activism 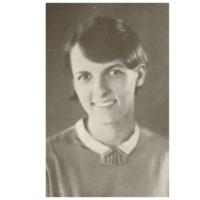 This exhibit is dedicated to highlighting the accomplishments of Wilson alums who served in the military and participated in political activism. 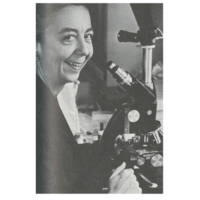 "ONE SURVEY MADE RECENTLY INDICATES THAT CHEMISTRY IS GOING TO BE THE MIRACLE PRODUCER OF POST-WAR GOODS AND JOBS. THE GIRL WHO IS TO ACHIEVE DISTINCTION AS A RESEARCH CHEMIST MUST LOOK FORWARD TO THE POST-GRADUATE TRAINING WHICH IS NECESSARY FOR THE ATTAINMENT OF PROFESSIONAL STATUS. WE HOPE WILSON WILL HAVE A FEW OF THESE."

Alumnae in the Arts and Business and Law 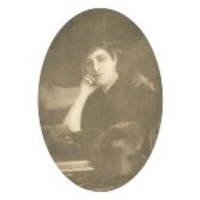 “Women are too apt to be discouraged when promotions fail to come or too hesitant to take advantage of opportunities. They are too aggressive in demanding equal pay for work equal to that done by men. Don’t be too anxious to get credit. In my work I have found that it does not matter who gets the credit so long as I get my own way in the end.” 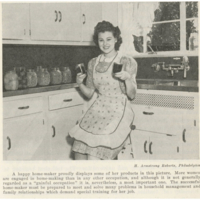 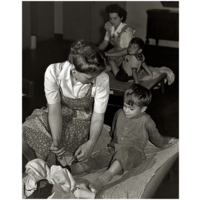 Foreign Refugee Scholars @ Wilson : The Rescue of Science and Learning 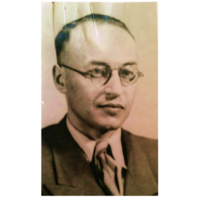 Shortly after the rise of Adolph Hitler, all professors of Jewish descent and others considered “politically unreliable” were expelled from the universities in Germany. With the commitment of the Rockefeller Foundation, the Emergency Committee in Aid of Displaced Foreign Scholars was created to rescue them from the “Nazi fury”.

As the war spread across Europe, refugee scholars fled to the United States with the goal of starting a new life at American colleges and universities, including Wilson.

“Desiring to relieve the sufferings of scholars driven from their homes and their work by the totalitarian regimes; and believing that in helping them we are helping to defend the cause of democracy, we the members of the faculty and staff of Wilson College have subscribed the sum of approximately one thousand dollars for the support of a refugee scholar to serve as a guest member of our faculty for the academic year, 1940-41.”

Wilson hosted seven scholars over the next five years

Wilson in the World 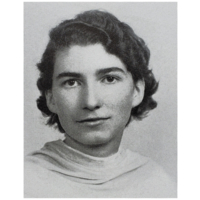 This exhibit features the accomplishments of past and future alumni of Wilson College. Each page manages to tell a story about different alums which speak to Wilson College’s dedication to diversity and forward-thinking. 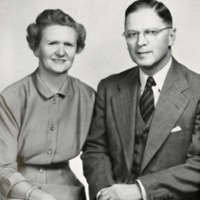 Before ascending to Wilson’s presidency at the age of 33, Havens taught courses in English literature and the humanities at Princeton, George Washington University, and Scripps College. President Havens, who was affectionately known to students as “Prexy,” oversaw numerous improvements to Wilson College, entertained prominent visitors to the campus, and advocated for the advancement of women’s education. While he was respected for his accomplishments and his intellect, Havens’s character left also left a lasting impression on those who knew him. Along with his wife, Lorraine Hamilton Havens, he generously welcomed Wilson students into his household for guidance and help with coursework, and showed a sincere concern for both their academic achievement and their personal wellbeing. Havens furthermore taught a popular course in his living room titled "The Life of the Mind," which challenged students to think critically about the issues of their day.