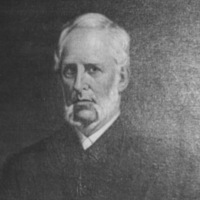 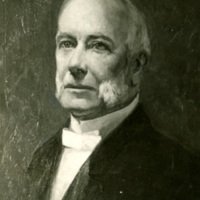 Rev. Tryon Edwards served as an honorary President of Wilson College from 1870-1871. He worked in close partnership with the Vice-President, Rev. James Wightman, who was responsible for the College's administration. Rev. Wightman ascended to the position of acting president for the year 1871-1872.

Rev. Edwards was the Presbyterian minister of a Hagerstown church. He originally proposed the idea for a women's college in the area to Rev. Wightman. Together, they envisioned a different kind of college for young women. It would be the intellectual equal of men’s colleges, have a government based on honor and self-discipline, and maintain a Christian atmosphere while promoting a non-sectarian student body. Above all, the goal would be intellectual and spiritual growth.

The two pastors’ vision led to a discussion at the Presbytery meeting in Greencastle on April 15, 1868. The meeting resulted in a resolution that the Committee on Education (chaired by Dr. Edwards) would start devising a means to establish such a college. By the Presbytery’s June meeting, the Committee laid out a plan. They needed to determine a Board of Trustees, advertise the College, secure a location, and raise the money to fund it all.

The greatest challenge quickly proved to be procuring the necessary funds. The newly created Board of Trustees (composed of prominent local men) asked for subscriptions from towns in Franklin County; as an incentive, whichever town gave the largest subscription would be the site of the new College. By October 14, 1868 Chambersburg led with a pledge amounting to $23,000. Among the pledges was a promise of $10,000 from Miss Sarah Wilson, who lived near St. Thomas.

The Board hoped to purchase the estate of Colonel Alexander K. McClure. McClure was a supporter of President Lincoln whose home was burned down during the Civil War. The estate included the recently rebuilt home (now Norland Hall), out buildings, and a farm consisting of 52 acres in total. The Board’s current funds, however, were not enough to purchase the property, which was listed at $45,000.

Dr. Edwards and the Board turned again to Sarah Wilson. One of ten children born to a farming family, she inherited a great deal of wealth following the deaths of her father and brothers.  Though Miss Wilson had no interest in participating in the development of the College, she agreed to give $20,000 more on the condition that the new College was named as a memorial to herself and her family.

With Miss Wilson’s $30,000 total donation, the College purchased the McClure property. Immediately, they sold off several parts of the estate to secure necessary cash for remodeling the existing building to suit the College’s needs. (The College would eventually reacquire much of this land.)  On March 24, 1869 the Pennsylvania Legislature approved the College’s charter.