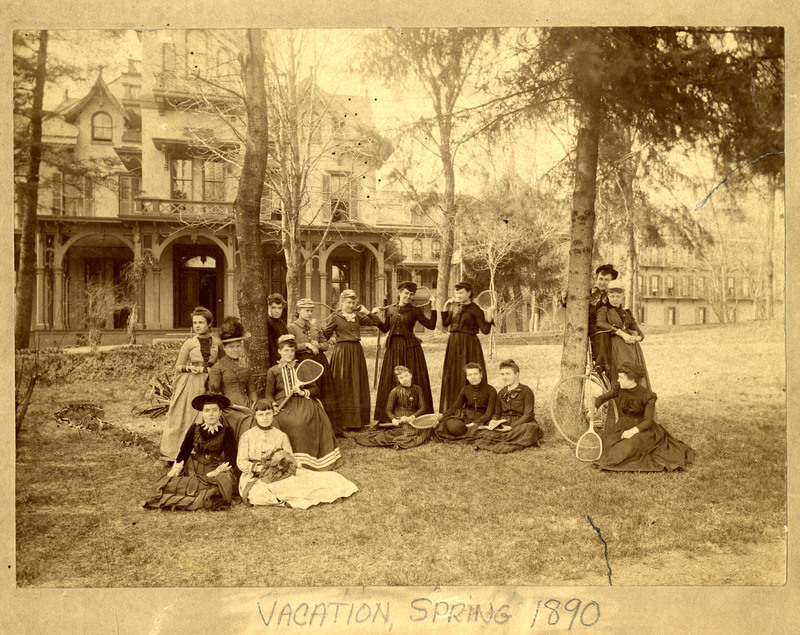 The popularity of tennis at Wilson has varied over the years. Students were playing tennis by 1895 and the college had seven courts in 1925. In 1941, classes were organized for beginners through advanced. The ten best players were chosen to receive special instructions from Miss Mary K. Browne, a former national tennis champion who visited the college for a week every year. She conducted classes for other students as well, “not only teaching them to play correct tennis, but also to look graceful while doing it.”

Construction of the swimming pool was completed in 1917. Students were required to pass swimming tests and courses were offered in basic technique as well as diving and American Red Cross Life Saving. As with many sports at Wilson, interclass tournaments were arranged and Odd-Even rivalries led to exciting competitions. 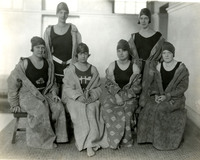 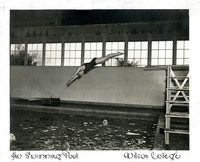 The game of volleyball was created in 1895 by William Morgan, a YMCA instructor in Massachusetts. Originally called mintonette, it was a combination of basketball, tennis and handball, to be played indoors. It was designed to be less strenuous than basketball and therefore, more appropriate for older members of the YMCA. 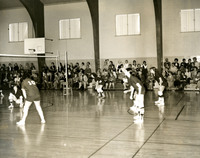 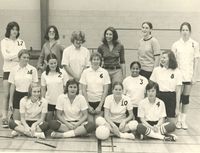 Volleyball has been an on-again, off again club sport at Wilson since the 1940s. But with coeducation and the NCAA requirements for five varsity men’s sports, volleyball has come into its own. The first season in 2016, however, had a neat twist. Two women played for the men’s team. Hanna Quarry of Elizabethtown and Jessie Thrush of Chambersburg. Hanna continued play on the inaugural women’s team in 2017.