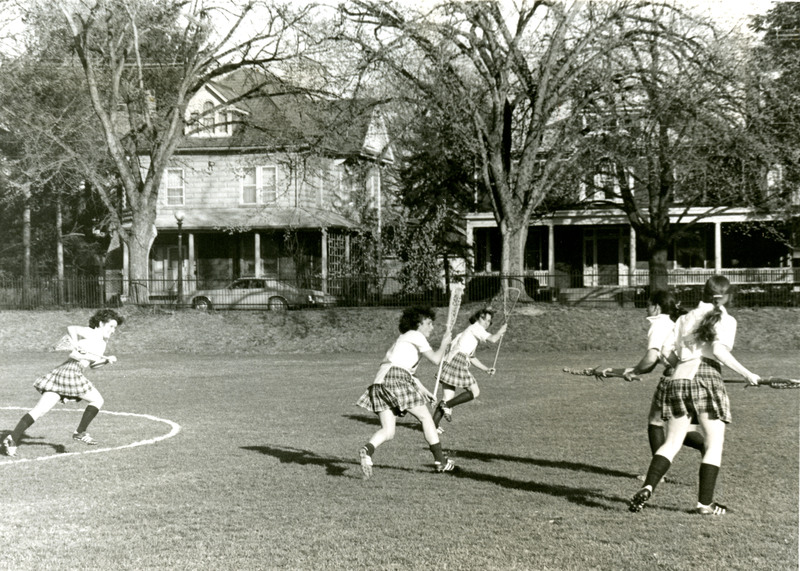 Lacrosse was first played at Wilson in 1933. Kathy Heinze was a champion lacrosse player in England before coming to the United States to study at Brown University where she was on the U.S. Reserves Team. Returning to England, she played for the All-England team from 1961-64 then moved to Boiling Springs, PA with her husband. She began coaching at Wilson in 1965. She coached the undefeated 1975 U.S. Touring Team that included Wilson alumna Constance Burgess Lanzl ’72 and Sandra Walker ’74. 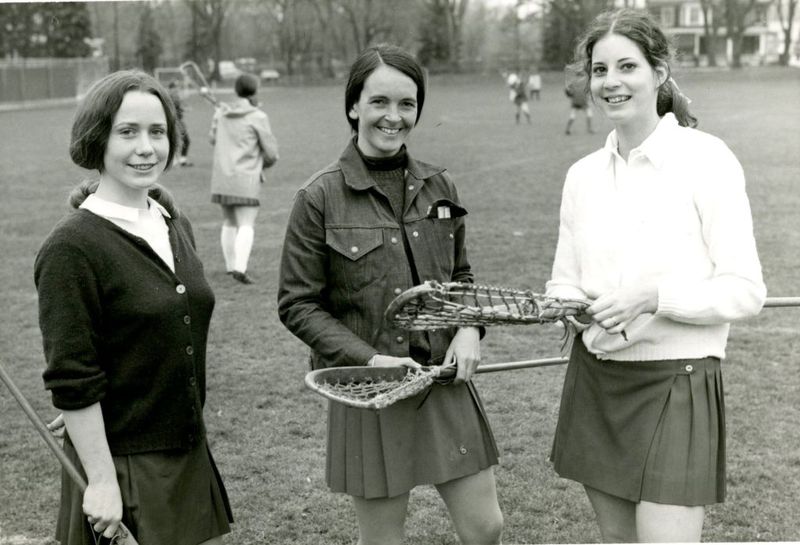 “Mrs. Kathleen A. Heinze (center) of Boiling Springs, PA, coach of the U.S. Women’s Lacrosse Touring Team, confers with two members of the team prior to the exhibition game on the Wilson campus this spring. With her is Miss Sandra Lynn Walker, a Wilson student from Wayne, PA. and Mrs. Constance Burgess Lanzl (right), a 1972 Wilson graduate, who is assigned to second home, probably the most important attack position, on the top-ranked U.S. team. Mrs. Heinze is a former member of the faculty in Wilson’s physical education department.” 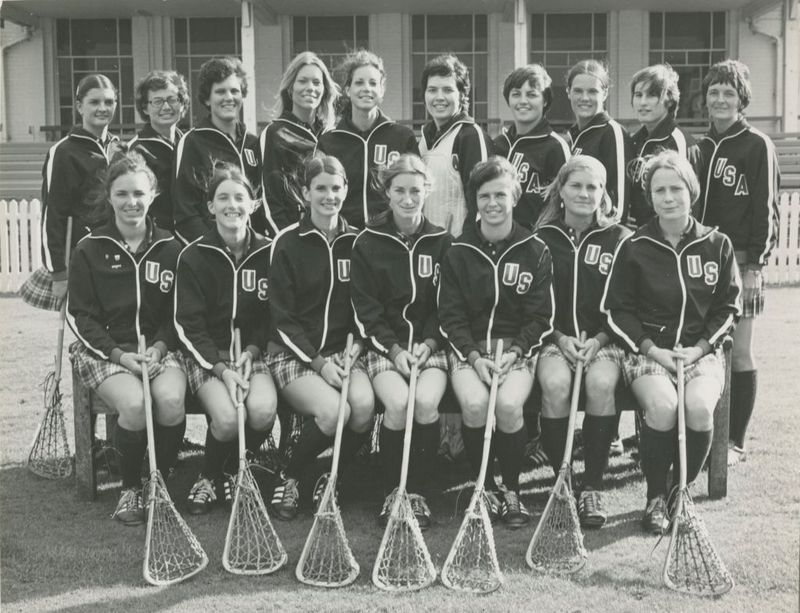 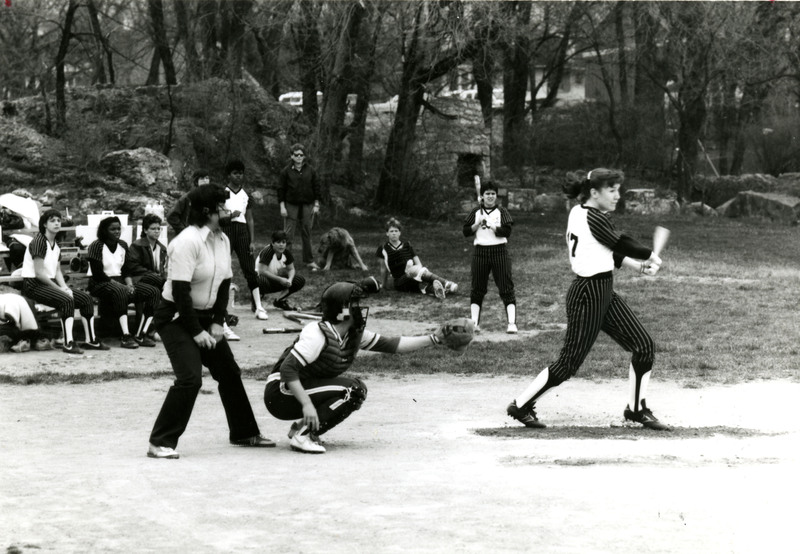 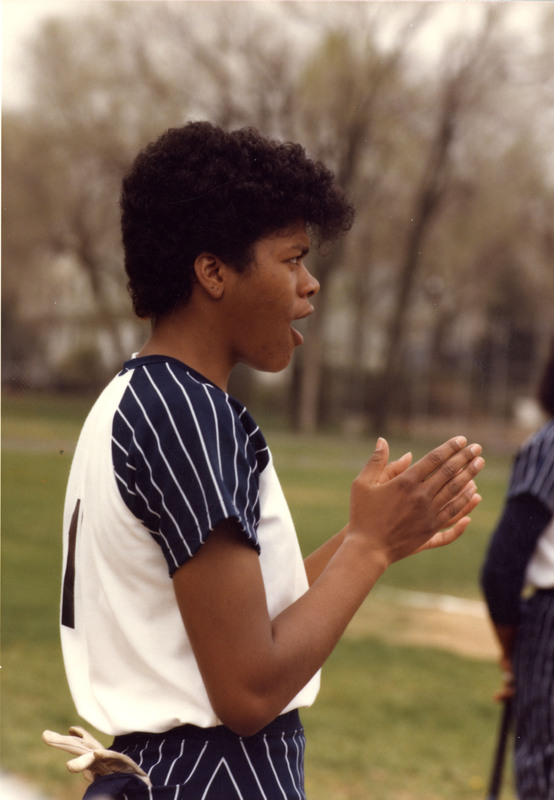 Billboard columnist Mary Stephens lamented the lack of interest in softball in her On the Ball column in April, 1947, “This sport is sadly neglected…Perhaps the reason is that many promising athletes feel that they are not good enough to earn a position on the team, but softball is one of the easiest games to learn to play adequately enough to be of value to a team. There are only a few simple fundamentals to master...Keep your eye on the ball and follow its course at all times…The swing itself should be smooth and with a graceful follow-through…Fielding is simply a matter of catching and throwing…In throwing, the main thing to remember is to use the whole body, not just the arm…With these things in mind, there is no reason why softball cannot become a major sport at Wilson.” 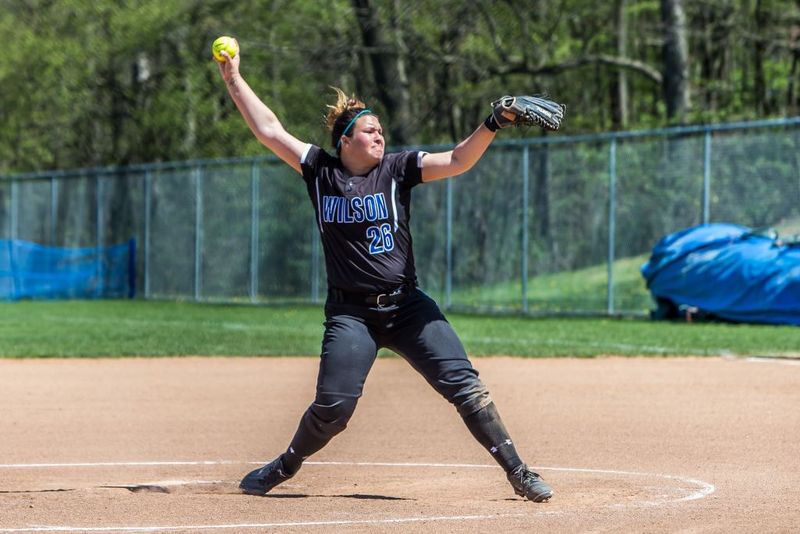 Soccer was introduced at Wilson in 1924. The Billboard reported, “by the introduction of this game, we now play all the sports played in any other of the women’s colleges with the exception of lacrosse and since few schools have the athletic equipment which we have, we can justly feel a pride in this department.” 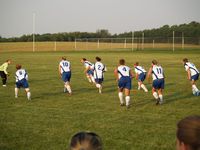 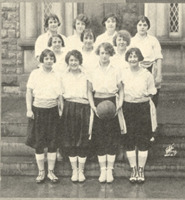