These documents are a sample of the correspondence between President Havens and other officials to orchestrate the escape of Nobel-Prize winning physicist, Jean Perrin, from France to the safety of the US. The ordeal began in May 1941 and ended when Perrin boarded the last American ship out of Lisbon on December 12th. Perrin died suddenly in April 1942. After the war, he was buried at the Pantheon with French national funeral rites. 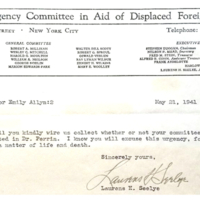 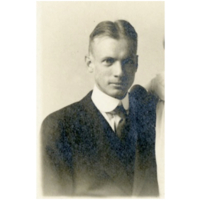 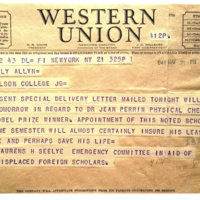 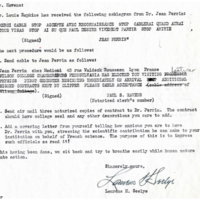 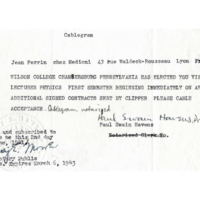 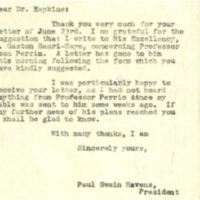 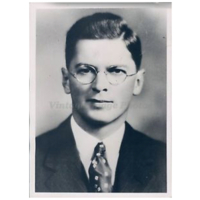 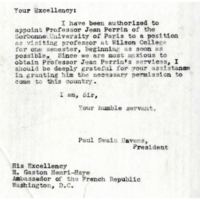 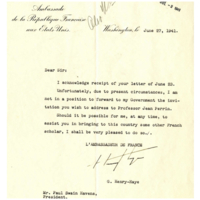 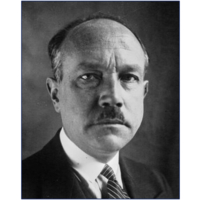 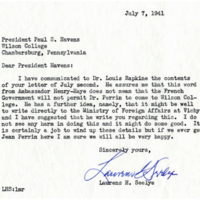 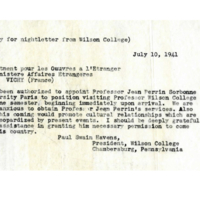 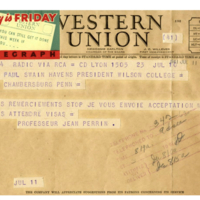 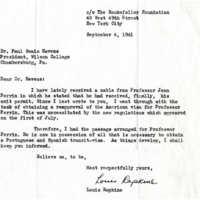 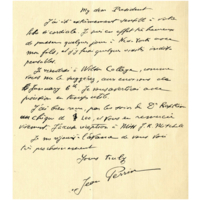 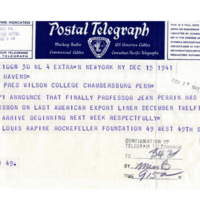 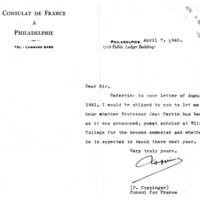 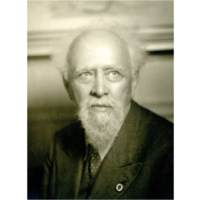 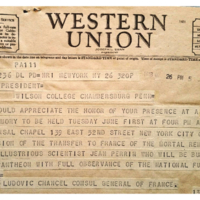 ← Jean Perrin
Beck, Erdelyi, and Hannak →
The Race to Get Jean Perrin out of France during World War II