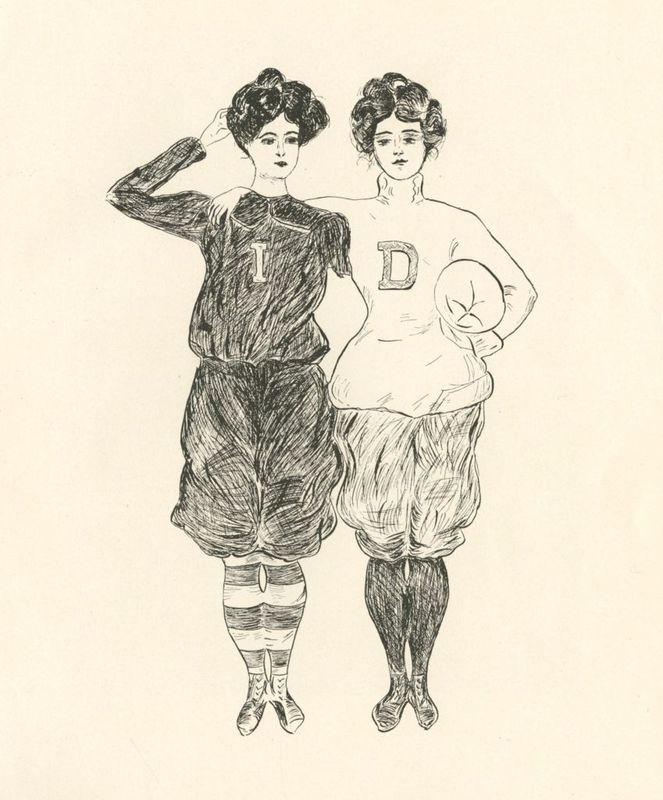 Since physical fitness was an important aspect of the college from its inception, Wilson was quick to adopt new team sports. The game of basketball was invented in 1891 and by 1894, Wilson fielded two rival teams, The Invincibles and The Delphians (to become The Defenders the following year). After Matthew Reaser became president 1903, he encouraged the expansion of the sports teams to four class teams. In the fall 1903 issue of the Pharetra and article explained the issue: “Basket Ball has undoubtedly been the most absorbing question of the past few weeks, new as well as old girls taking a lively interest in the discussion as to whether the Defender and Invincible teams shall be abandoned in favor of class teams. The question of class teams was considered from all standpoints and all the girls were urged to give their opinions. It was put to a vote which went almost unanimously in favor of class teams.” Sister classes supported each other and the “odd-even” rivalry was born. Each group has its own songs, cheers and official colors. 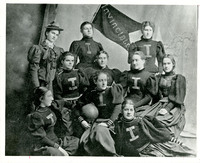 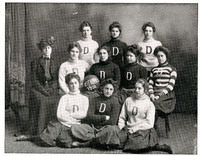 After Penn Hall was split from Wilson in 1906, the two schools occasionally played each other in a variety of sports. This did not sit well with President Warfield and Elizabeth Gilreath, the Associate Director of Physical Education in 1933. “I have had it in mind to say for some time that it is not advisable for us to continue athletic relationships with Penn Hall. Their athletic policy is patterned after the highly commercialized, advertised and over-trained policies of men’s athletics, and such a policy is not to be tolerated in women’s athletics.”—Letter to President Warfield from Elizabeth Gilreath, Associate Director of Physical Education. 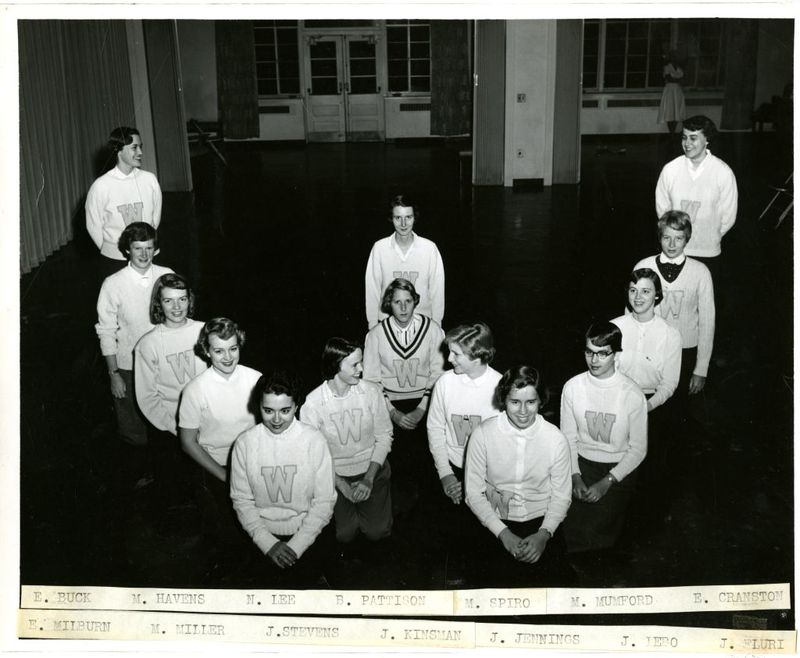 June 6, 1933 “I have found, and I have observed in other places, that as soon as the interest in sports become intercollegiate the interest in home games among students of a single institution rapidly decays and play becomes commercialized sport…I have often said that the greatest satisfaction that I have had at Wilson College was due to the complete absence of ungenerous rivalry…, the evil influence exerted by athletic coaches and the general spirit of playing to win at any cost.”—Letter to Miss Elizabeth Gilreath from President Warfield. Oct. 25, 1933 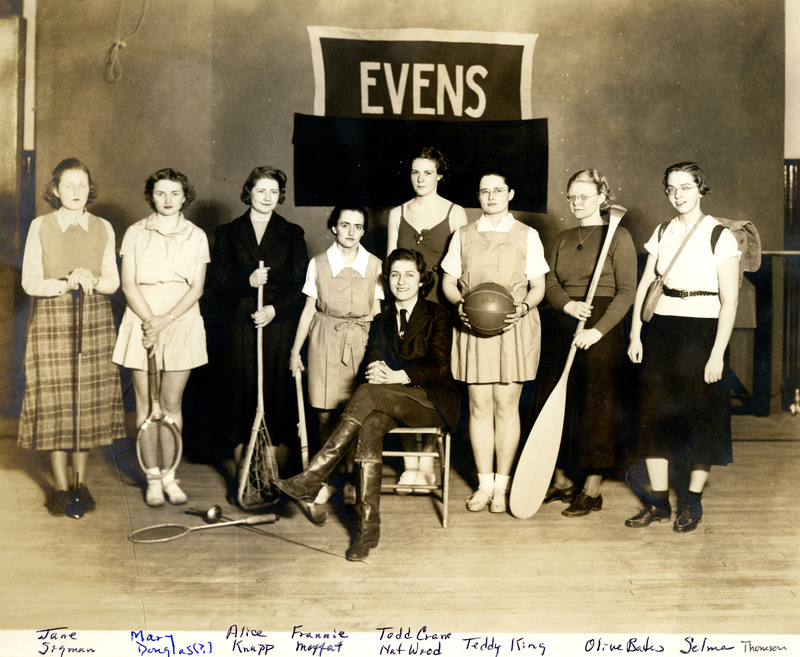 The Athletic Association at Wilson College wasorganized in 1902, with an honor roll created in 1922. In 1903, students were participating in tennis, boating, fencing and golf. There was also a Pedestrian Club with 82 members. The 1920s ushered in many new sports including swimming, riding, and soccer. Over the next several decades, many new sports as well as recreational activities were added including lacrosse, volleyball, archery, gymnastics and bowling. 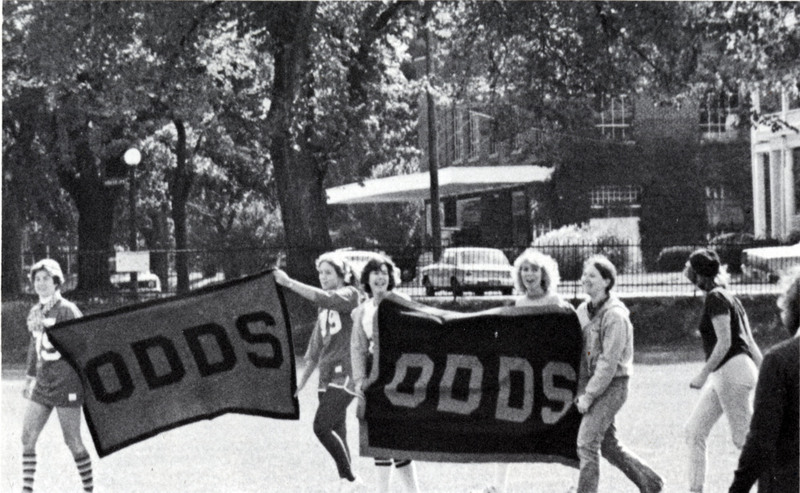 Wilson was a member of the Athletic Federation of College Women and hosted the Pennsylvania Division Conference in 1949. The organization’s platform included offering assistance in the promotion of a program of athletics for high school girls, promoting women instructors, and opposing the commercialization of women’s sports.

Lori Frey was instrumental in creating the Atlantic Women’s Colleges Conference in 1995. Prior to the creation of the conference, Wilson College competed independently. Wilson was granted full membership in the National Collegiate Athletic Conference (NCAC) in 1998 and in 2007 the college joined the North Eastern Athletic Conference (NEAC). 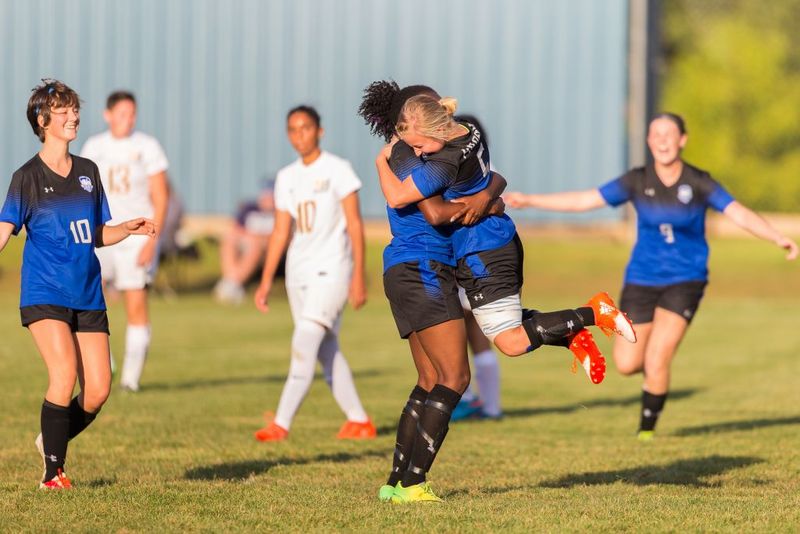