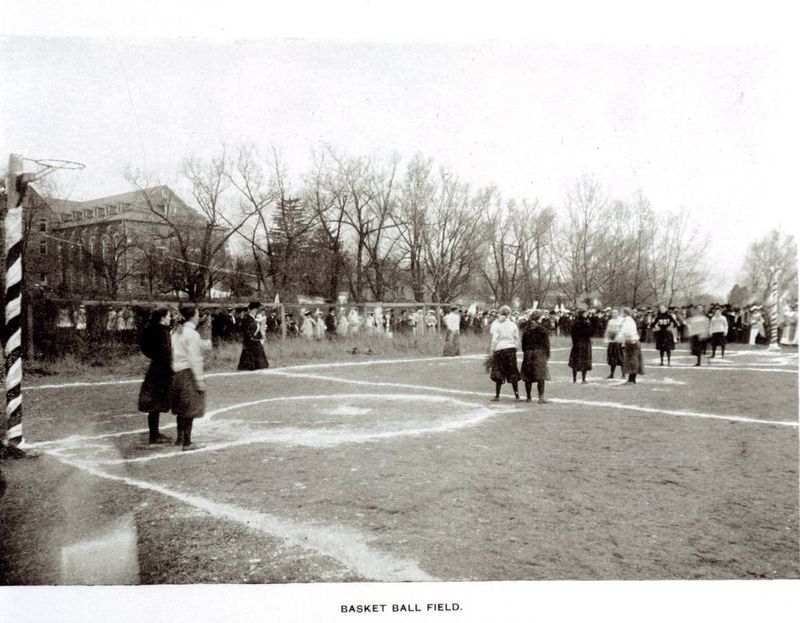 Basketball was created in 1891 by James Naismith, a physical education instructor at a YMCA Training School in Springfield, MA as an activity to keep the young men active during the winter months. It was quickly adopted by colleges and Wilson College created its first team in 1894. At this time, tennis was so popular that five courts were not enough to accommodate the student interest. Boating on the Conococheague was popular as well and there were two crew teams competing.

The Pharetra reported, “Within the past few years, the importance of exercise for girls has been more realized than ever before. Consequently new methods in gymnastic work have been adopted, and at the same time new games have been introduced to present physical culture in a more pleasant and attractive light. One of the most recent games of this sort in Basket-Ball which we have lately established at Wilson and which has met with hearty and enthusiastic reception from the girls. Three clubs have been formed for the enjoyment of this game, which is really a modified form of foot-ball for girls, in which the ball is thrown instead of kicked and a large basket hung up about eight or ten feet from the ground is the goal.”

Two rival teams were established in 1894—the Invincibles and the Delphians. The Pharetra included a description of the first annual Thanksgiving game: A very enthusiastic crowd watched the game and each team deserves an equal amount of praise for fighting so valiantly.

By the following year, the Delphians had become the Defenders and each team had their own yells: 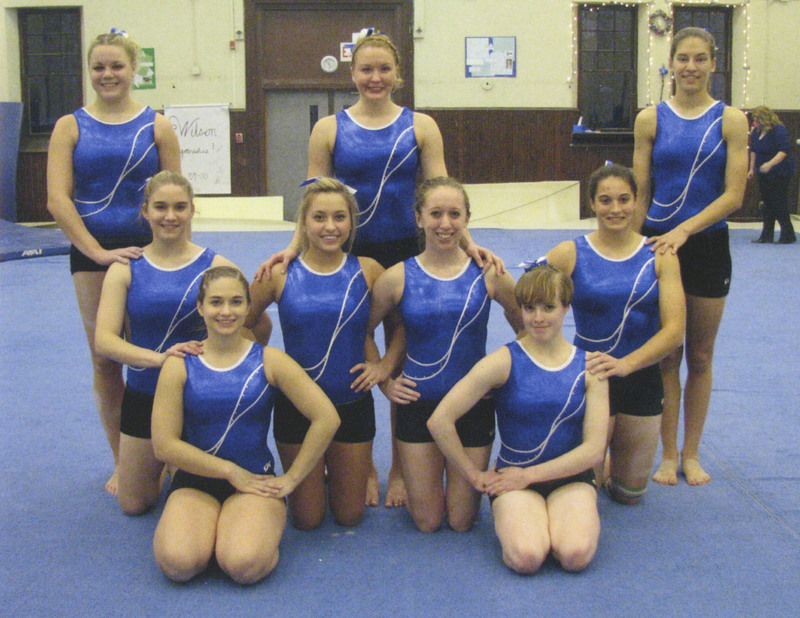 Gymnastics at the turn of the century consisted of drills using Indian clubs and rings, and a variety of apparatus featuring climbing and jumping. A Gymnastics Meet took place in 1907: To the Senior it was an unusual treat to see what she had so often taken part in and had never before seen. She thought with pleasure now of the days when Indian clubs were her horror, when she couldn’t twist those wands, and when the dumb-bells would not be dumb but would fall to the floor with such a clatter as to destroy the harmony of the drill. The apparatus work and the jumping, were exceedingly interesting to the beholder and skillful in the performers.