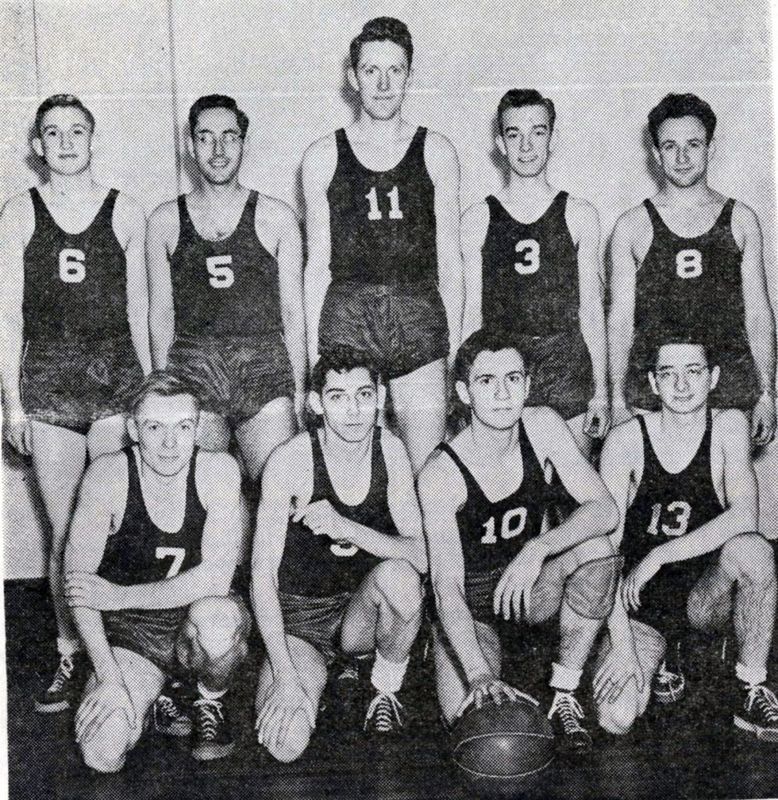 Wilson’s first men’s sports team was formed in 1946 when young veterans of World War II joined the campus community due to a shortage of space at coed and men’s colleges. They formed a basketball team to “represent our school in the sport world of the Cumberland Valley.” They played the Greencastle vets, Mercersburg Academy, the Gettysburg Seminary and the Wonder Clothes Co. team. Later in the year, a second team calling themselves the Coeds was formed and played its opening game at the Scotland Orphan School against the Letterkenney Generals and later, the Mont Alto Forestry School, Good Will Fire Company, the Chambersburg Engineering Co. and the Chambersburg Wranglers.

Title IX, the 1972 legislation that required that colleges and universities receiving federal funding spend equally on women’s and men’s educational programs and facilities did not affect Wilson in the typical way that other institutions were affected. In a case of “reverse Title IX,” Wilson was required to add men’s sports when the college decided to become co-educational across all programs in 2013. This decision resulted in the addition of basketball, cross country, golf and soccer. The addition of baseball this fall completes the college’s requirement.