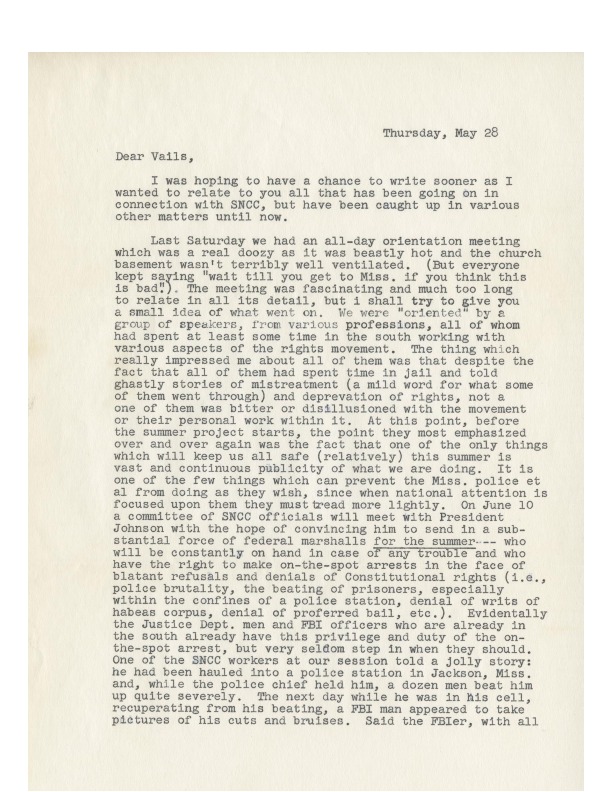 Pat Vail writing home to her family about her training sessions before she headed down to Mississippi. 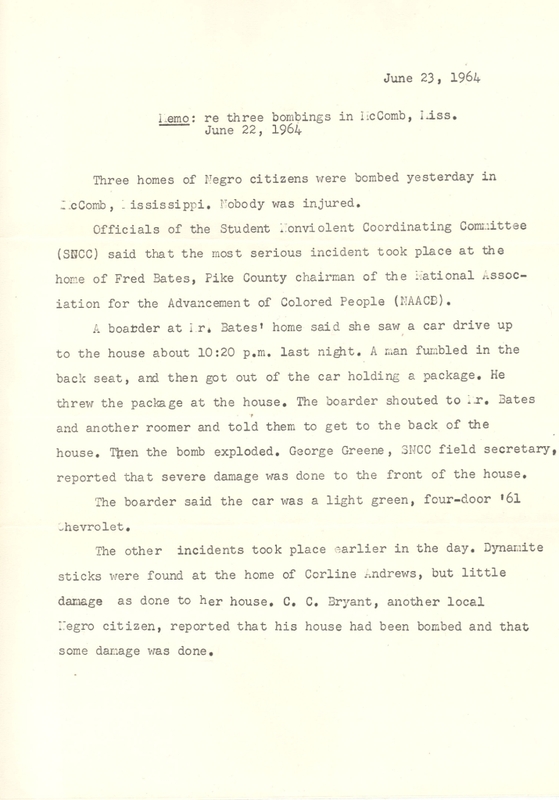 Memorandum regarding three bombings of African-Americans' homes in McComb, Miss. in June 1964.

Vail spent her junior year from 1961 to 1962 abroad in France, then in the midst of Algeria's war for independence. French young people were highly engaged politically. Living in France during that time had an
enormous impact on her, she said. "It was liberating living in someone else's country," she said. "lt was their problems and I was just an observer. There were police demonstrations... bombs going off. You always had to have your passport on you if you had to escape. It was an entirely different milieu than Chambersburg."

In March 1965, Vail wrote to her family from the Greenville City Jail in Mississippi: "Dear Family, Sorry I haven't written in so long. Had planned to get a note off yesterday as to events here until I became part of the events." Civil rights workers had picketed the Greenville Mill for failing to hire black workers. The group changed its route to include a portion of a street in a white neighborhood. Police arrested 18 civil rights workers, including Vail. While held overnight, she wrote a letter to her parents using the bottom of a tin cup as a writing surface: "We haven't eaten anything since we've been here (24 hours) but a candy bar and an orange. The food looks atrocious, so we're not very tempted anyhow. We sang until our voices gave out last night. Could just barely hear the other group through all the concrete."

The charge against her was later dismissed.

While in Mississippi, Pat wrote home to her family regarding the violence she witnessed towards black citizens at the hands of the police.