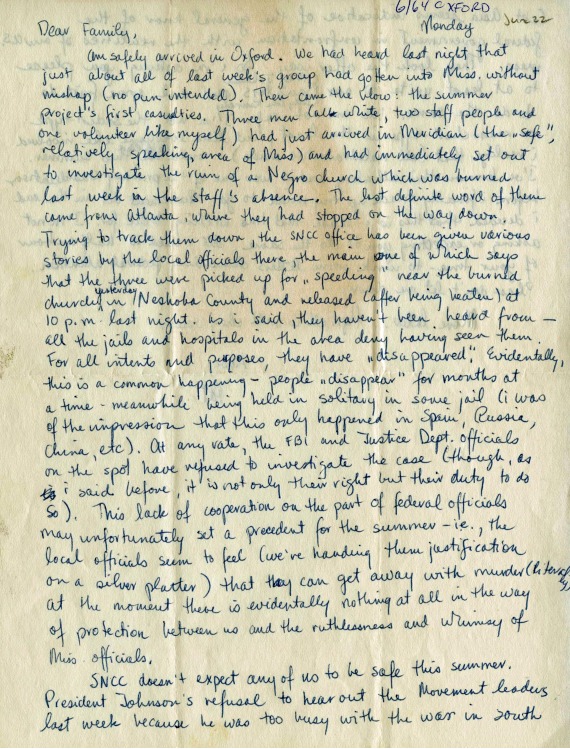 A letter from Pat Vail to her family, written on June 22, 1964 after Vail arrived in Oxford, Ohio. She describes the disappearance of three men from the Summer Project and the federal government's refusal to investigate. She also asks her family to write to the government for support for the volunteers and acknowledges the danger the Summer Project volunteers face. Transcription included. 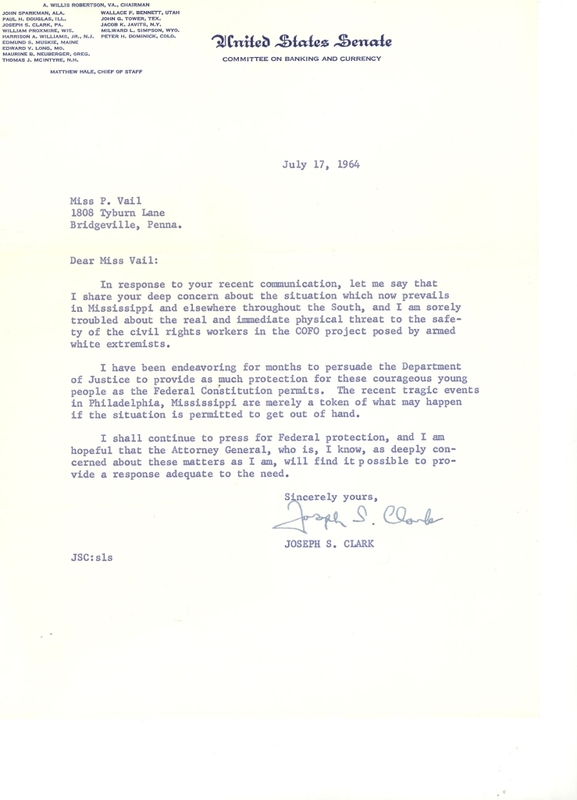 A letter from U.S. Senator Joseph Clark to Pat Vail regarding federal protection for civil rights workers in Mississippi.