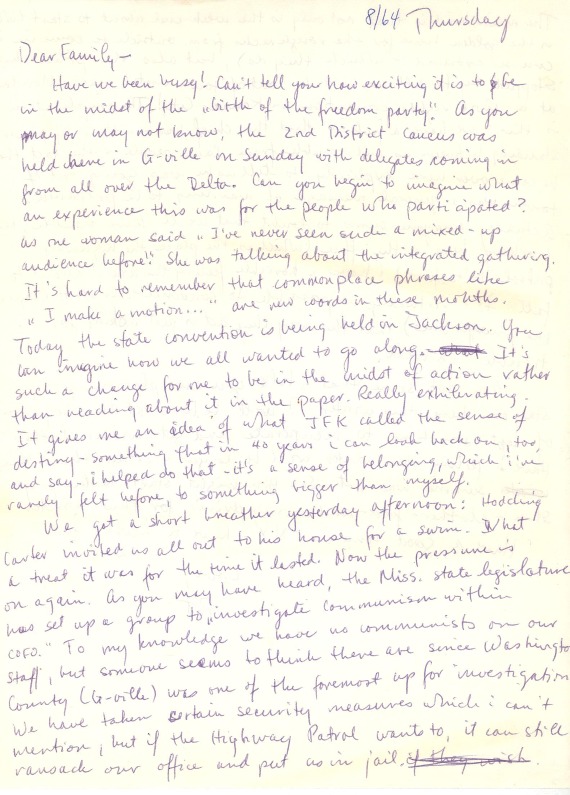 A letter from Pat Vail to her family, written in August 1964. In the letter, she discusses how exciting it is to be in the midst of the burgeoning freedom party and to play an active role in change, rather just reading about it. Transcription included. 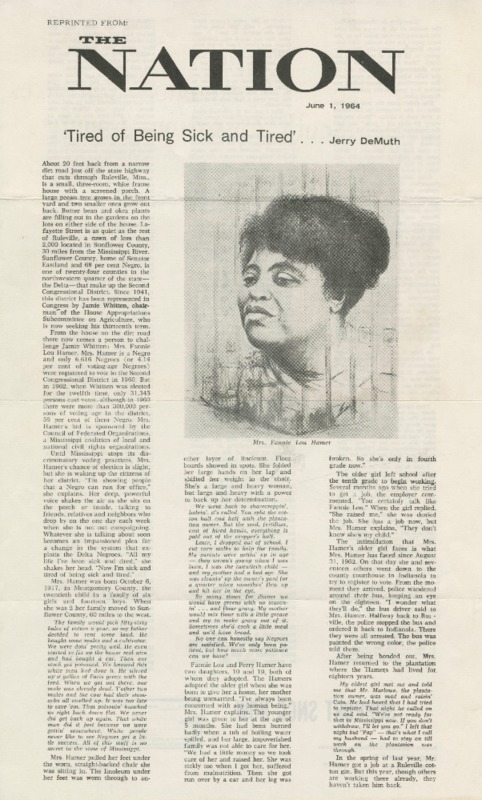 An article in "The Nation" by Jerry DeMuth discussing racism, violence, and support for the Student Nonviolent Coordinating Committee

"It was unremitting. It's hard to imagine now just how awful it was. People just don't know how bad it was. And how bad it could be again."