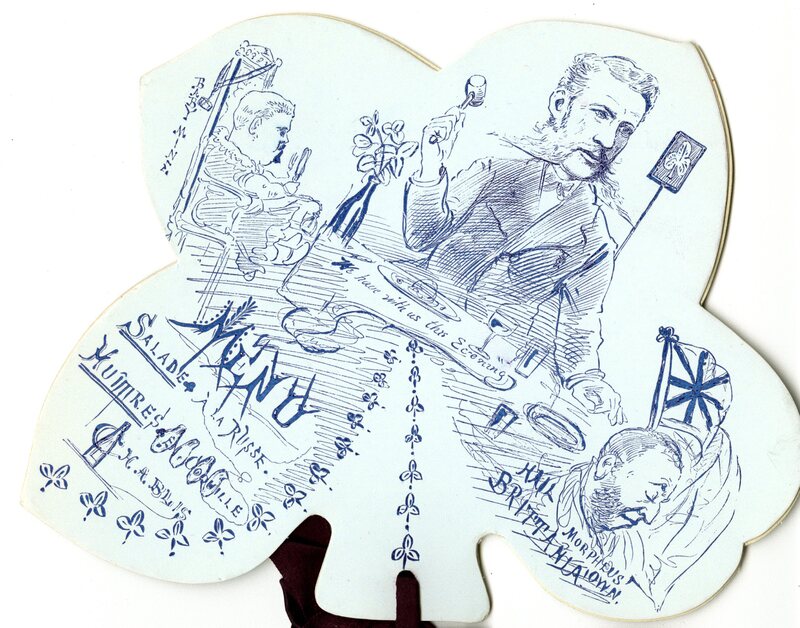 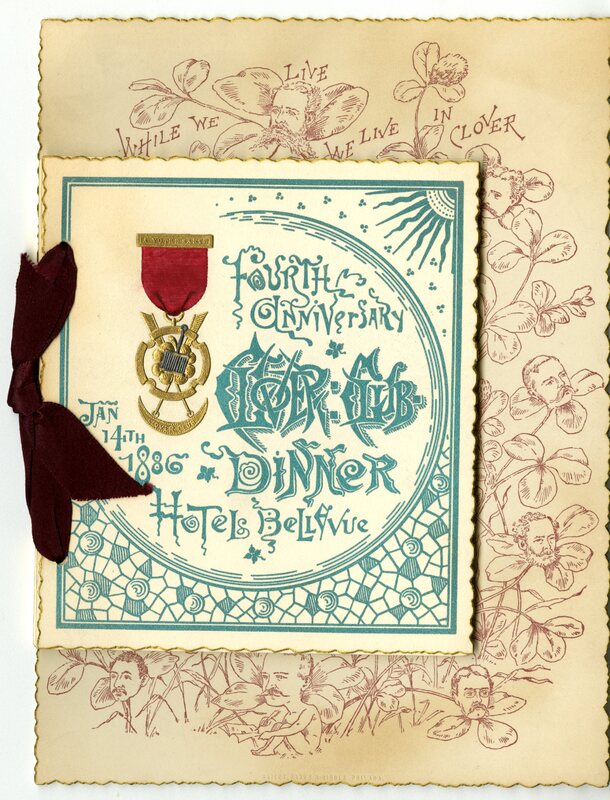 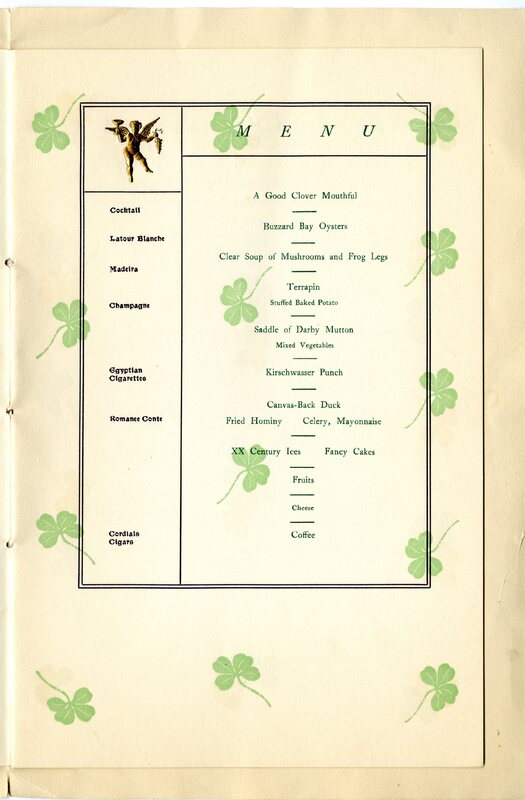 The Clover Club’s beginnings were small and less successful than what it was eventually destined to become. Originally named the Thursday Club, the club’s creation was inspired by a dinner in January 1880. The dinner was given in Philadelphia, PA, with a humble total of fifteen guests in attendance, almost all of them active in journalism and the newspaper industry. One member in attendance was Mr. Moses P. Handy, associate editor with the Philadelphia Times.[1] He became the Thursday Club’s president, and later that of the Clover Club when the club was renamed. The social benefits of this 1880 dinner led to the desire for a habitual gathering. Hence, the dining club was created with Handy as its president, and every four weeks on a Thursday evening at 5pm, the men would meet at a hotel or restaurant for an informal dinner. These early dinners were far less extravagant than they later came to be with minimal expenses and dues, informal dress, and no non-member guests.[2]

The simplicity in name and meeting schedule is reminiscent of many other dining clubs of the era, including the Five O’clock Club. However, the Thursday Club lacked structure and a strong club culture. It lasted merely two years before internal discord and a good number of member resignations risked an early death to the organization. Even with these struggles, a few of the original members remained determined in their desire to have a club whose membership, at the time, was largely composed of editors and other working members in the press in Philadelphia. The revamped club would also encourage the membership of those of other professions and industries, with an emphasis on embracing happiness, rhetoric, and jubilant conversation. Thus, keeping a few of the traditions adopted by the original Thursday Club, the first official meeting for the Clover Club – not yet named – occurred on another Thursday at 5pm, on December 29, 1881. With the mission of organizing a dining club to last, the gentlemen met at the Girard House, Philadelphia. Originally located on the north side of Chestnut and Ninth across from the Continental Hotel, the Girard House was designed by architect John McArthur Jr. and built from 1851-1852.[3] According to the records compiled by the Free Library of Philadelphia, “During the Civil War the hotel was commandeered for use as a sewing factory for uniforms and a barracks for Union soldiers.”[4] Suggestions for the club’s name were presented at this meeting, including “The Thursday Club,” “The Terrapin Club,” and the “Tripod Club.”[5] While it is unclear why the dining club contemplated names that bring to mind images such as a freshwater turtle or a three-legged apparatus, the organization remained nameless in their second meeting at the Girard House on January 12, 1882. The newly reconstructed club attained its permanence upon its first official dinner just a week later, again at the Girard House, on Thursday, January 19, 1882, at 5pm. And, so, the Clover Club was born.

[3] The Library Company of Philadelphia, https://digital.librarycompany.org/islandora/object/digitool%3A101851. Accessed on 24 February 2022.

← The Gilded Age
Why the Clover? →
The Clover Club's Beginnings