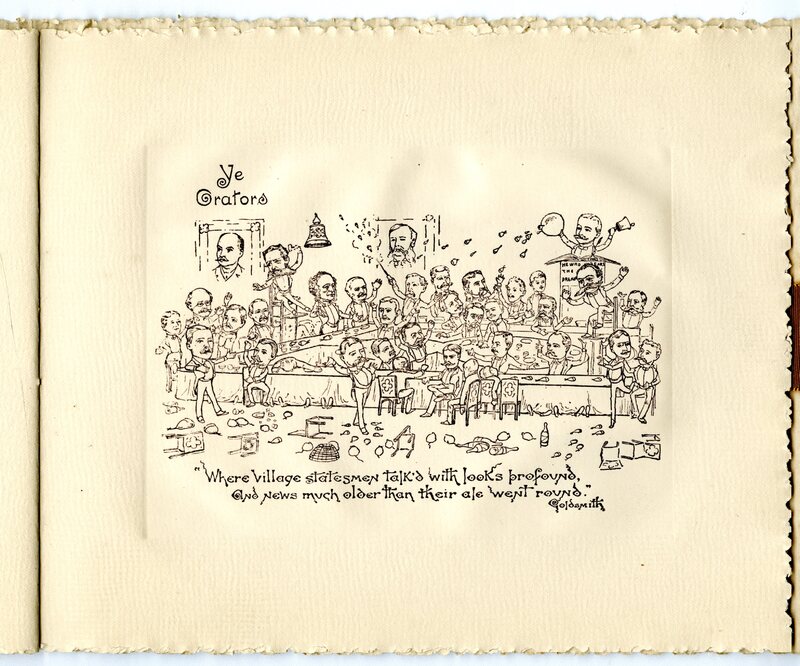 From 1870 to 1900, the Gilded Age was a time of immense rapid economic growth in United State history. This growth was especially evident in the Northern and Western United States. Industrialization and expansion ensured a large labor force of skilled and unskilled workers alike, and American wages rose much higher than those across Europe. This economic boom was predominantly felt by the country’s elite, and they displayed this wealth with lavish parties, and the creation of exclusive clubs and societies. The establishment of these social clubs were often founded by like minds with similar interests or causes. The American women’s club movement, for instance, was founded in the mid-19th century to provide women an independent avenue for education and active community service.[1] Another club - this one with roots to Wilson College - that existed as early as the 1880s was the Clover Club, a Philadelphia-based gentleman’s club founded by a group of newspapermen. It is a club whose influence reaches modern day.