Assistant to the Secretary of War Newton D. Baker 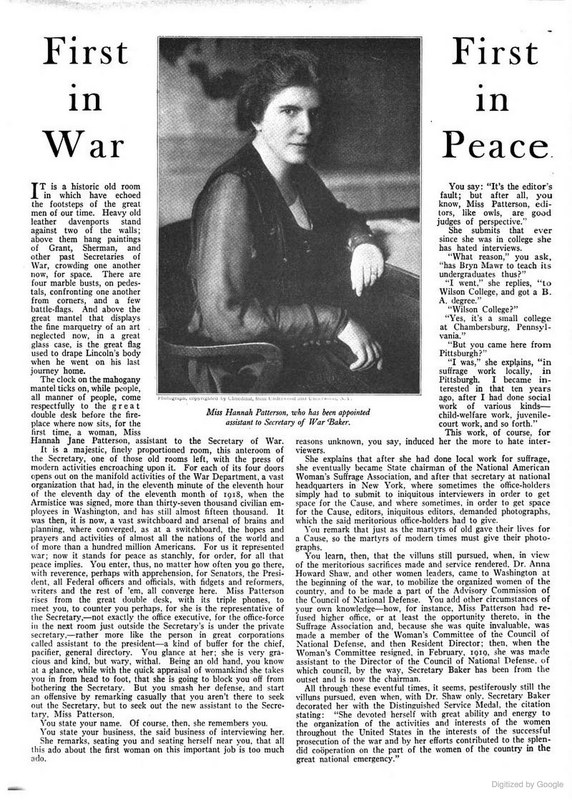 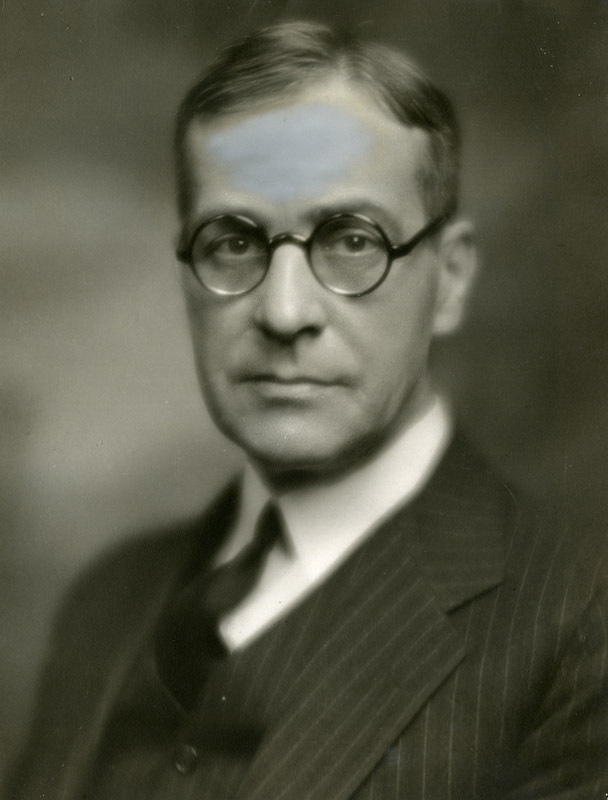 After Hannah Patterson wrapped up her work with the War Risk Insurance Board in the summer of 1919, she was appointed Assistant to the Secretary of War, Newton D. Baker.

Hannah Patterson and Baker’s wife, Elizabeth Leopold Baker had been close friends since their days at Wilson College at the turn of the twentieth century. The society pages of the Washington newspapers frequently mentioned Patterson as being a house guest of the Bakers at their home in Georgetown.

Dinner guests when Patterson was there included Army generals and their wives including General Hugh L. Scott, General William Gorgas, General Tasker Bliss, and General John W. Davis. The society pages also made note of when the Bakers visited Pittsburgh as guests of Patterson. Elizabeth was also active in the suffrage movement in Washington and Patterson’s brother Paul was a law partner of Baker’s in Cleveland, Ohio.

When the Armistice was signed in November 1918, there were 37,000 civilian employees in the War Department. When Patterson was appointed Assistant to Secretary Baker in October 1919, there were still 15,000. Patterson was the first woman to hold a position at that level in the government.

She continued to be in demand as a speaker, including at the Women’s Press Club and the George Washington University Chapel series. 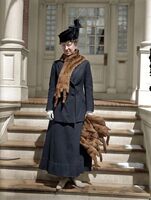 Dinner Party at the Bakers 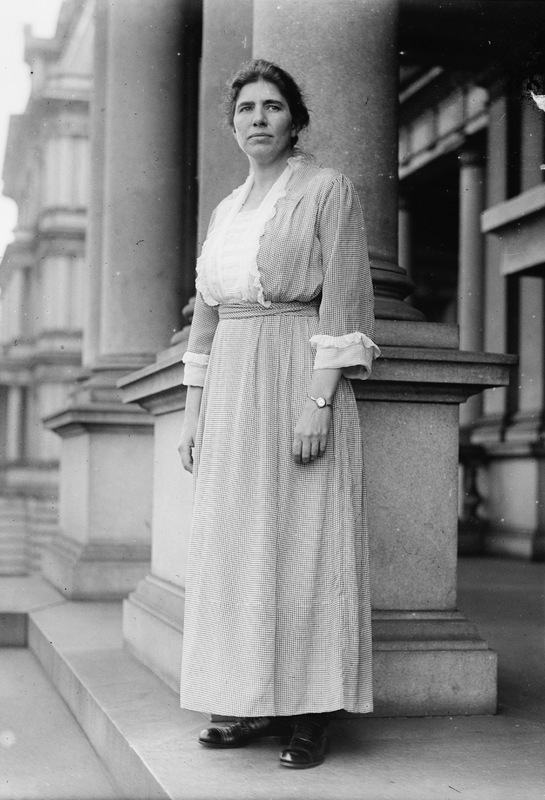 Patterson in Washington. Library of Congress.