Letterhead of the Equal Franchise Federation of Western PA in 1912 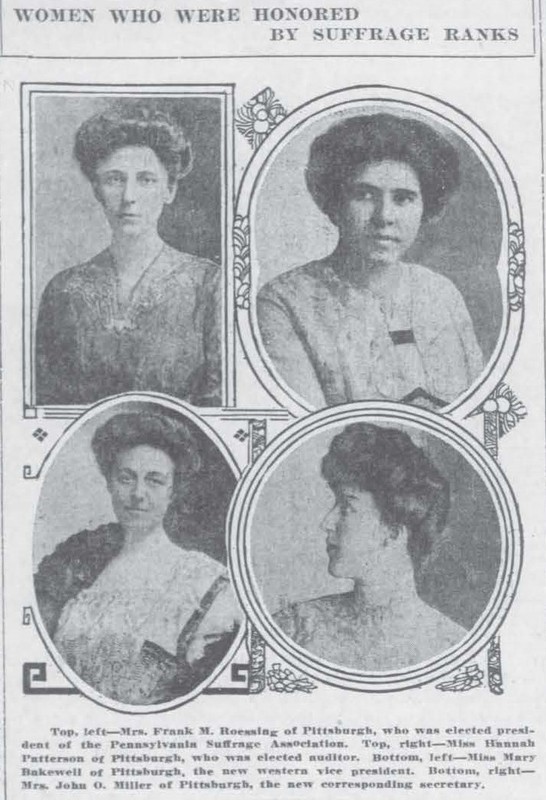 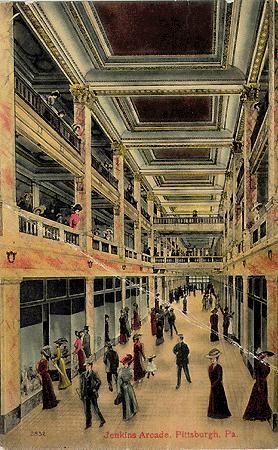 In 1910 the core group of women rebranded ACERA into the Equal Franchise Federation of Western PA (EFFWP) with Lucy Kennedy’s father, Julian Kennedy serving as president. In 1911, Patterson and the others opened the Pittsburgh Suffrage Headquarters in the Jenkins Arcade and began training workers in public speaking. Most of 1911 was spent in organizing and increasing membership with a goal of moving the state suffrage headquarters from Philadelphia to Harrisburg in order to lobby the state legislature to allow a referendum on the ballot for a woman’s suffrage amendment in 1915.

The members were trying to organize a campaign to place a referendum on the ballot to work for an amendment to the PA Constitution giving the women of Pennsylvania the right to vote. The legislative process was slow and onerous. Majorities in both state houses had to pass the referendum in two consecutive legislative sessions and then the referendum could be placed on the ballot of the general election for the voters (who were obviously just men) to decide whether to give women the right to vote. It was a three year process.

Suffrage had the support of the Women’s Christian Temperance Union who were pushing for prohibition and the PA State Federation of Labor which was pushing for better working conditions. These were issues that were important to women.

The suffrage workers would be up against the seasoned politicians who were neck-deep in political graft and lobbying by the Liquor Interests and others. These politicians were not especially interested in fighting for new women voters who were pledging to use the ballot to end the corruption that they had created and from which they benefited.

For decades women had organized suffrage associations, clubs and societies that held polite parlor meetings but never accomplished very much. But Patterson and the Pittsburgh women began organizing in the same way that the cities’ political bosses were organizing their political campaigns – by voting precincts. They also began barnstorming throughout Pittsburgh neighborhoods to educate men and women about the suffrage movement.

Again, the campaign themes reflected the work of the Progressive reformists – child labor, schools, public health, and the home which were acceptable issues for women to be involved in and became known as municipal housekeeping.

Patterson spoke about suffrage throughout the Pittsburgh region and the state. She declared that men and women were too different to represent each other on legislative issues saying, “Unless men and women should ever become just alike, which would be regrettable and monotonous, women must either go unrepresented or represent themselves.”

She described the issues that were most important to women, saying “The extension of suffrage in the past has been largely a matter of expediency. And to thinking – that is reasoning and unprejudiced – people today, the question of including woman in the electorate is one of expediency. In considering the possible effect of her vote one must not forget one of the main aspects of the women’s movement. Manmade laws down the ages have been framed to protect property, including woman herself as a chattel; the modern woman wants them framed to protect life, to protect children in the schools and from factories, to raise the age of consent, to give us food free from adulteration...The great importance of this question lies in the fact that, deprived of the vote, women are cut off from the most important field of human activity.” Pittsburgh Press, February 25, 1912.

In addition to organizing, the leaders of the Equal Franchise Federation spoke to men's groups since it would be the men who would eventually vote on the suffrage amendment. Because the women were connected with the powerful families in Pittsburgh, they had access to men's organizations like the Pittsburgh branch of the National Association of Credit Men. 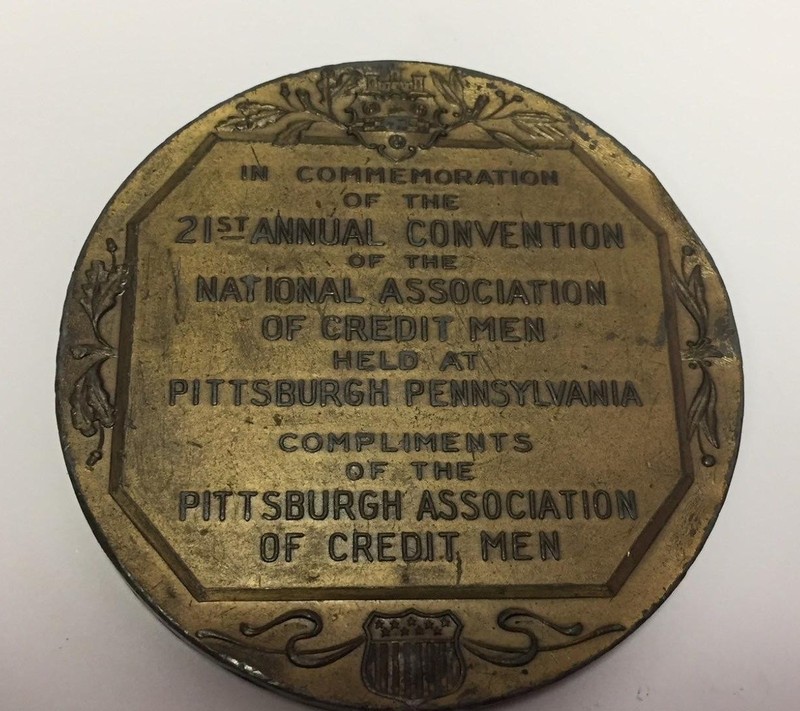 "On April 11th the Pittsburgh Association of Credit Men, at its noon-day luncheon, had as guests Miss Mary E. Bakewell, Miss Mary Flinn, and Miss Hannah Patterson, who appeared to plead for “equal franchise,” all being members of the Equal Franchise Federation of Western Pennsylvania.

In her address Miss Bakewell said that there are seven million women employed in the United States, and that if they must work they should be allowed to vote. Miss Patterson spoke on social service as related to suffrage and cited the fact that nearly all of the public organizations having for their object the welfare of men, women and children, the improvement of the physical and moral environment of the large cities have been started by women, and they should have the opportunity to secure proper legislation for these and other objects in which they are vitally interested.

At the conclusion of their addresses, the women were given enthusiastic applause and cheers and the thanks of the association for their stirring talks."

Building an Organization and Spreading the Word

In October 1911, new officers of the Equal Franchise Federation of Western PA were elected, including Mary Bakewell as president, Jennie Bradley Roessing as 1st vice-president, Hannah Patterson as 3rd vice-president and Lucy Kennedy Miller as treasurer.

In November 1911, Patterson presented recommendations for the organization to establish a Woman’s Suffrage Party in Western Pennsylvania:

"That a woman’s suffrage party be organized by the EFFWP with the idea of merging the two organizations into one as soon as possible under the name Woman’s Suffrage Party."

"That the name of said party shall be Woman’s Suffrage Party of Allegheny County, and that is shall form a part of the State party, should such be formed in Pennsylvania."

"That its object shall be to secure enfranchisement for the women citizens of Pennsylvania."

Patterson was chairman of the program committee and announced that Senator Robert La Follette would speak under the auspices of the Equal Franchise Federation at the (Pittsburgh) Carnegie Music Hall on December 21, 1911. Other speakers that year included Newton D. Baker, Mira Lloyd Dock and Rachel Foster Avery. Pittsburgh Daily Post, Nov 28, 1911.