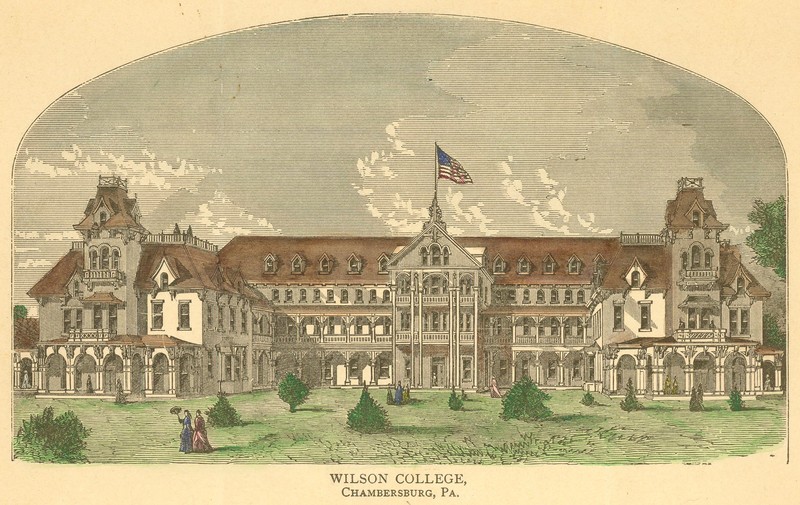 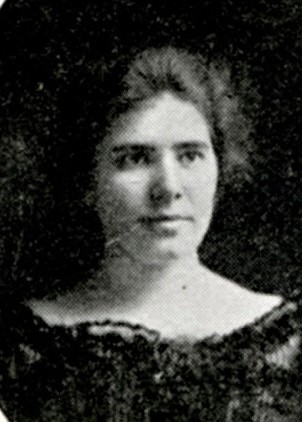 Wilson College was founded in March of 1869. Its stated purpose was to "extend to young ladies the same high advantages for a thorough education as are now afforded to young men in the best colleges in the land".

Hannah Jane Patterson arrived at Wilson College in 1897. She followed the Classical Course of instruction and was a stellar student. The standard curriculum consisted of four years of Latin and Greek, philosophy, political economy, history, physics, chemistry, biology, trigonometry, algebra, geometry and logic, literature, rhetoric, and study of the Bible.

Formal debates were common and Patterson represented the class of 1901 in a debate on the motion "Resolved, that the concentration of capital in the so-called trusts is beneficial to the public". Hannah argued in the affirmative. 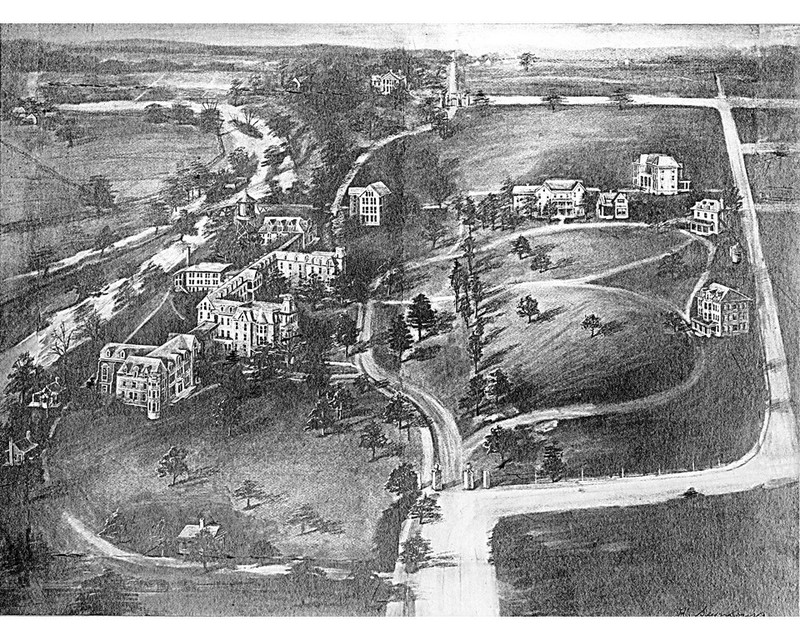 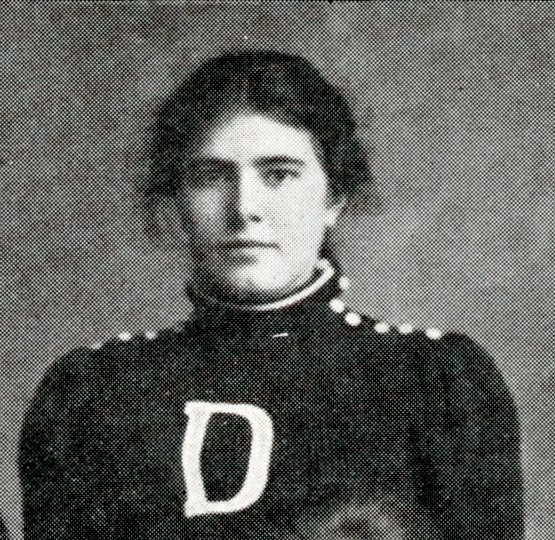 Hannah Patterson during her sophomore year on the Defenders Basketball Team

Hannah Patterson was an example of the New Woman in American popular culture - an educated, vibrant and active young woman. She played basketball, wrote for the literary journal and acted in the drama club.

She was a member of both the Bicycling and the Mandolin Clubs and was auditor for the college yearbook. After graduating, Patterson attended law school for one year at the University of Pennsylvania before moving to Pittsburgh. 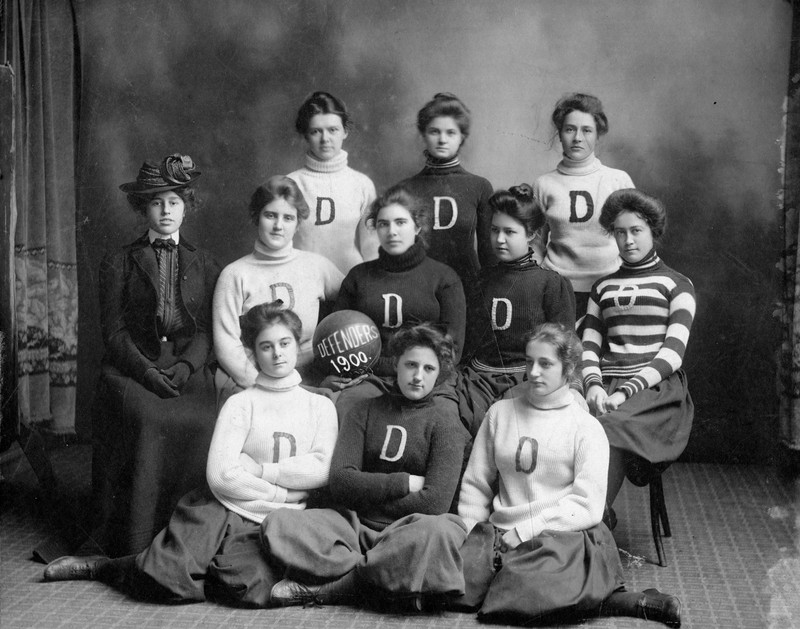 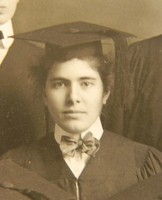 Questions continued to be asked as to the purpose of educating women and  in 1897, the National Congress of Mothers advocated for motherhood classes for women college students since "motherhood was the highest of all vocations".

But many female college students were now discovering a brand new discipline - the social sciences. What they learned there was a public as opposed to the private message of educated motherhood – which demanded community leadership from college women. M. Carey Thomas president of Bryn Mawr told students that "practically all women must look forward after leaving college to some form of public service".

Wilson women were beginning to hear the same thing from female professors and speakers on campus. With the combined influence of the religion of the social gospel and the practical aspects of social sciences, female college graduates would become a major force in shaping and implementing Progressive social policy.

Jane Addams established the Hull House Settlement in Chicago in 1889 in order to express Christianity through humanitarian action. The idea was to live within the urban neighborhoods in order to understand the needs of the working poor and immigrant classes and offer remedies to the social needs. The work was quickly taken up by young college women and settlement houses spread across the country.

The women involved in these programs would soon begin to push for progressive reforms beyond the neighborhood through legislative action. At the University of Chicago, the first textbook for sociology was written in 1894 by Albion Small and George Vincent and said that “sociology was born of the modern ardor to improve society”. While academic sociology and the Social Gospel movement were led by men, the College Settlement movement was dominated by educated women.

The New Field of Sociology

A new course was announced in the 1901 Wilson catalog. “Special attention is invited to the course in Constitutional History of the United States, which is offered this year for the first time. The purpose of this study is to lead the student to an intelligent appreciation of some present-day problems, and the principles of government involved in such questions as the Legal Status of Women, Colonial Possessions, the Indian, the Negro and the Immigrant Questions. The course is intended to furnish an adequate preparation for the study of Sociology.”

There was another announcement as well: “The Department of Sociology is added this year for the better preparation of our students to deal wisely with the great social problems of our time. The elements of Political Economy are first made familiar, and then the Divine Order of Human Society is considered in the various practical aspects which it presents; the mutual duties of the different classes of society, the claims of the poor and ignorant, the responsibility of wealth, and the varied opportunities of usefulness, which are so abundantly afforded to the women of our time. These are discussed, and personal duty in these fields made plain.” 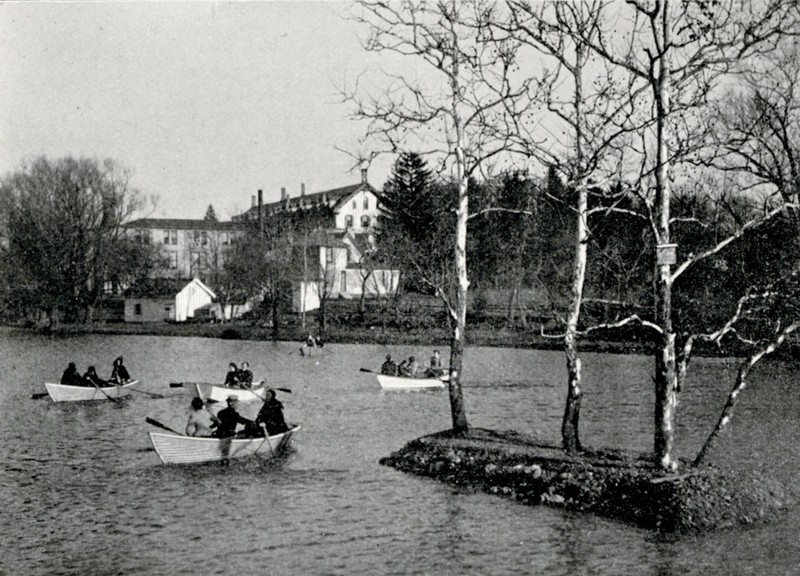 Dr. Ella Everitt had graduated from Wilson in 1888 and became president of the alumnae association in 1903. She was also a surgeon and professor at the Woman’s Medical College of Pennsylvania.

She described the importance of higher education for women at a Wilson gathering in Philadelphia in 1901: “All that we ask, as women leading independent lives, is the chance to make the most of ourselves for our time and for humanity; that we may lead useful, helpful lives to the limit of our powers.”

At this same gathering, underscoring the difference in ambitions, Reverend Charles Wood of the Second Presbyterian Church of Philadelphia spoke on “The Message from the Church” urging the college to “train up women, who might be able not only to talk in ‘dactylic hexameter or blank verse’, but to live sweet, quiet, helpful womanly lives in their homes and church.”

The students were well aware of how lucky they were to have access to a college education. Laura Campbell gave a speech at her graduation in 1900, “In every way the school life of today has changed from that of fifty years ago. Our grandmothers donned their gingham aprons to bake and to brew; When the college maiden of today puts her apron on, she goes to the laboratory to experiment with acids and salts; she plants microbe colonies, examines germs enough to kill half the people in the world, and dissects rats and mice of which she has no fear. She adds to her Latin and Greek, and does not hesitate to discuss questions of national and international importance. She presides over literary societies, takes part in public contests and can, with equal facility, vanquish her opponent intellectually in debate or physically on the basketball field.” 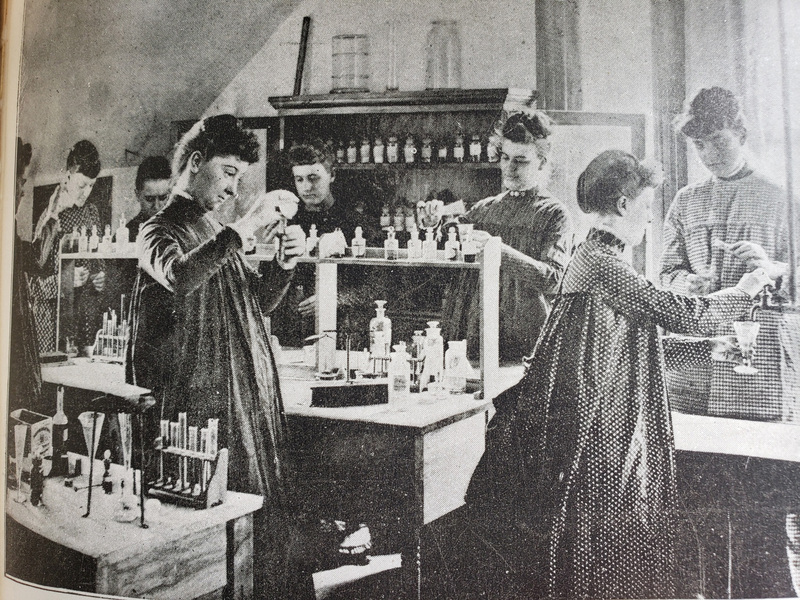