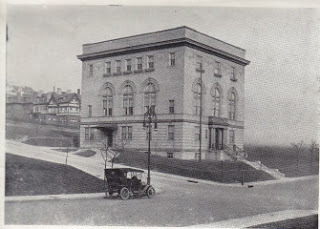 The Twentieth Century Club located in the Oakland section of Pittsburgh 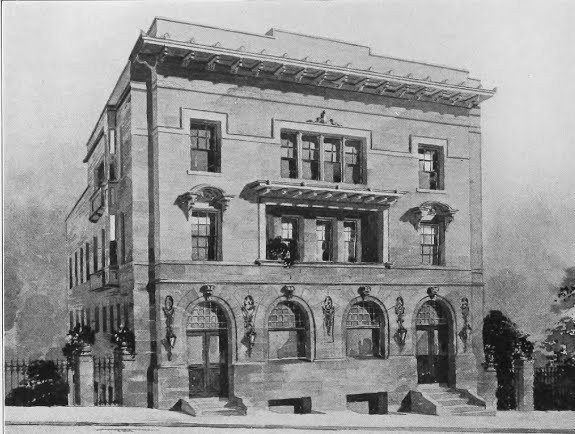 The Patterson family had settled in Pittsburgh living first in a large home on Stanton Avenue and later a stately home on South Linden Ave. Hannah Patterson was becoming thoroughly enmeshed in the Progressive reforms of the era.

Industrialization had brought appalling slum conditions to the cities in the Northeast as well as political corruption. College educated women were increasingly working toward improvements in the living conditions of immigrants and the working poor. Patterson was an active member of the Twentieth Century Club which was established to create a space for “women’s work, thought and action”. Their motto was “Not for ourselves but for the whole world”.

Patterson was also a prominent member of the Civic Club of Allegheny County, which had been founded as the “Women's Health Protective Association” in 1890. Their work included construction of playgrounds, public baths, the formation of a juvenile court system, and legislation concerning child labor, clean drinking water, and smoke abatement.

Patterson held a number of official positions in these voluntary associations in the Pittsburgh region. She was Secretary of the Allegheny County Civic Club and worked with others to secure medical inspection of schools, and the establishment of night schools for immigrants. In 1910, she was appointed to chair a committee to confer with Miss Frances A. Keller, chief of the New York City branch of the North American Civic League for Immigrants to organize a branch in Pittsburgh.

She served as the executive secretary and later as 1st vice-president of the Consumers’ League of Western Pennsylvania in 1911. Patterson was a trustee of the Charitable Institutions of Allegheny County in 1914. That same year, she was appointed a trustee of the Mothers’ Pension Fund by Governor John K. Tener, and was a member of the board of directors of the Soho and the Peoples Bath which were public baths provided for the benefit of laborers in Pittsburgh. She was also a member of the Pennsylvania Federation of Republican Women, the Pittsburgh Playground Association, and the Women’s City Club.